Hindi Movies
11 months 1.1K Views
A Thursday
Add to
Want to watch this again later?
Sign in to add this video to a playlist. Login
Report 0 0
Category:
Hindi Movie
Rating: 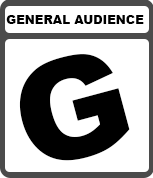 When a playschool teacher takes her 16 students hostage and makes a set of demands, it not only rattles the Mumbai police and the city, but sends shockwaves through the country and its leaders. Bringing to you the official trailer of ‘A Thursday’, streaming from 17th February 2022.